Last year, I attempted to write in the same spot (Cedar Park in West Philly) at the same time (sunrise) every day. I went out with my typewriter and typed a full page before driving to work. It was called Private Drafts.

The project sputtered out once spring and March hit. I remember physically being unable to leave my bed for a week, calling in sick to work each morning. I remember the desire to keep going but a tangible inability pressing down on me. I slept often, avoiding technology to keep sane.

Next to me now is the stack of onion skin paper I wrote on, the one Moises gifted me as a birthday present many moons ago. I started to run out of that paper by the end, and ordered a different batch online. It’s not my favorite, but it is fitting that I used all of my friend’s gift by typing Private Drafts.

Looking back, there is an interesting pattern revealing itself: abstractions become memories, and eventually fall into concrete fictional stories. There is one about a man whose brain is taken hostage by the alien EMF radiation via LED street lights. Another centers around two gods/goddesses teaching a demi how to unravel fate in a universe of cellphones, social media and dating apps, and programming algorithms. And another: an apocalyptic retrospective musing on how a new race of people with blue-black skin take over earth and institute stories as the only accepted form of currency. This one must have been inspired by Literary Creatures.

Originally, I had an impulse to burn the pages I wrote in 2019 once 2020 appeared. I am now wary to commit to such an impulse. This is how I know I’m getting old–or wise–or neither, both.

I plan on transcribing and editing the pages, all January 2nd 2019 – May 4th 2019 of them. My hope is to transform it into a small book collection, submitting it to independent publishing houses who might like the spirit of the thing.

There, in its corner,
lies a song.

Wisdom. The impulse to destroy should always be second-guessed. Pulling a trigger always has consequences that can never be fully comprehended or predicted beforehand.

This resonates somewhere deep. I’ve yet to truly consider this–thank you for the gentle prod.

I would love to show you–or rather, let you feel: it’s lovely to touch, & to hold. Lightweight paper made heavy by becoming a full-fledged stack. 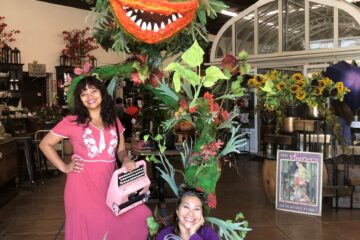 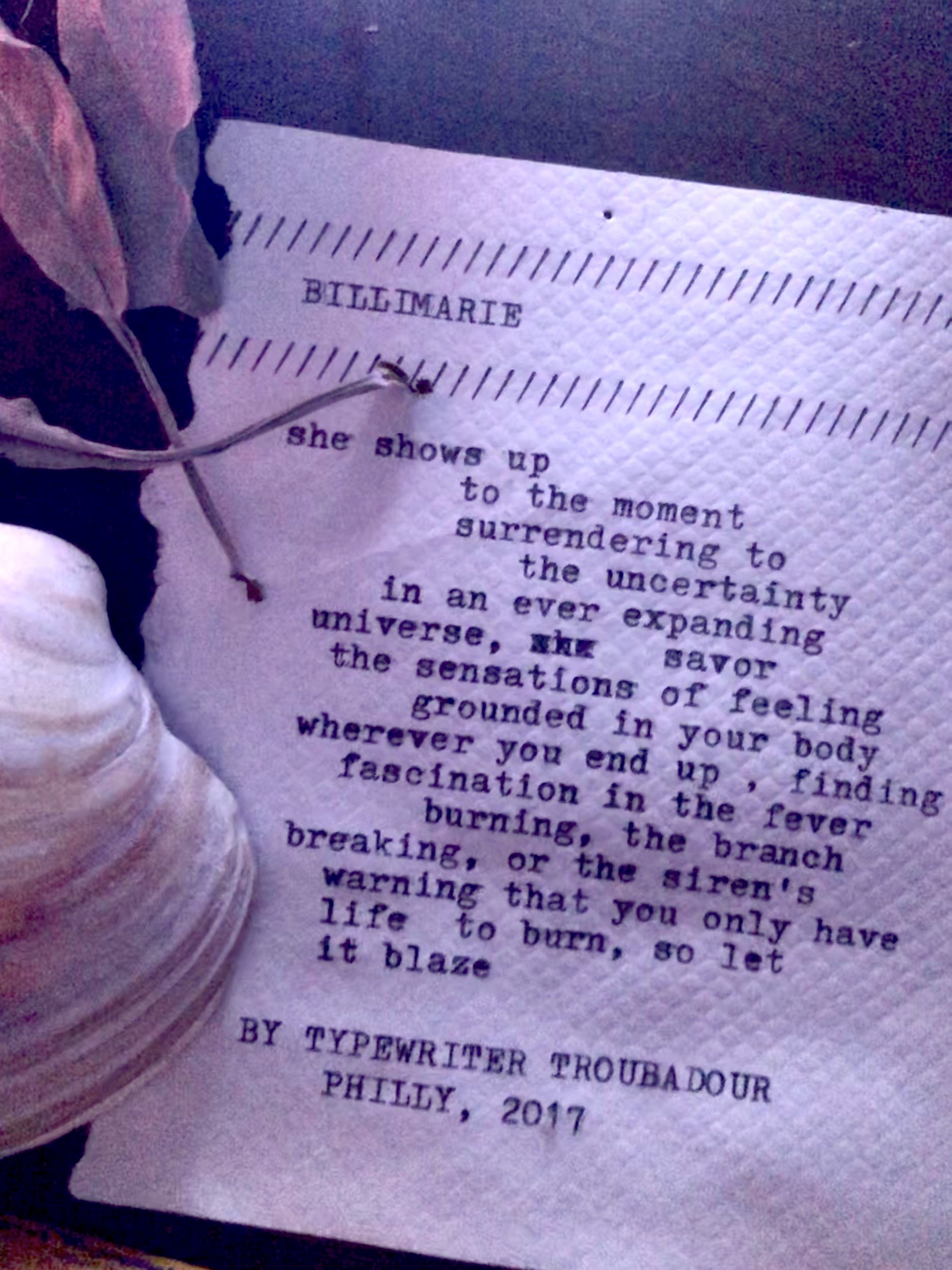 “Billimarie” by the Typewriter Troubadour

A couple years ago, a friend surprised me with a lovely gift. He came across Jeremy of Typewriter Troubadour and asked him to type a poem for me. Have you ever received a typewriter poem written especially for you? I have not. For as long as I've been typing poems, this is the first time I've ever received a typewritten poem that was created with me in mind. It's nice to be on this side of the table. I now have some idea of what people feel when I gift them their poem. 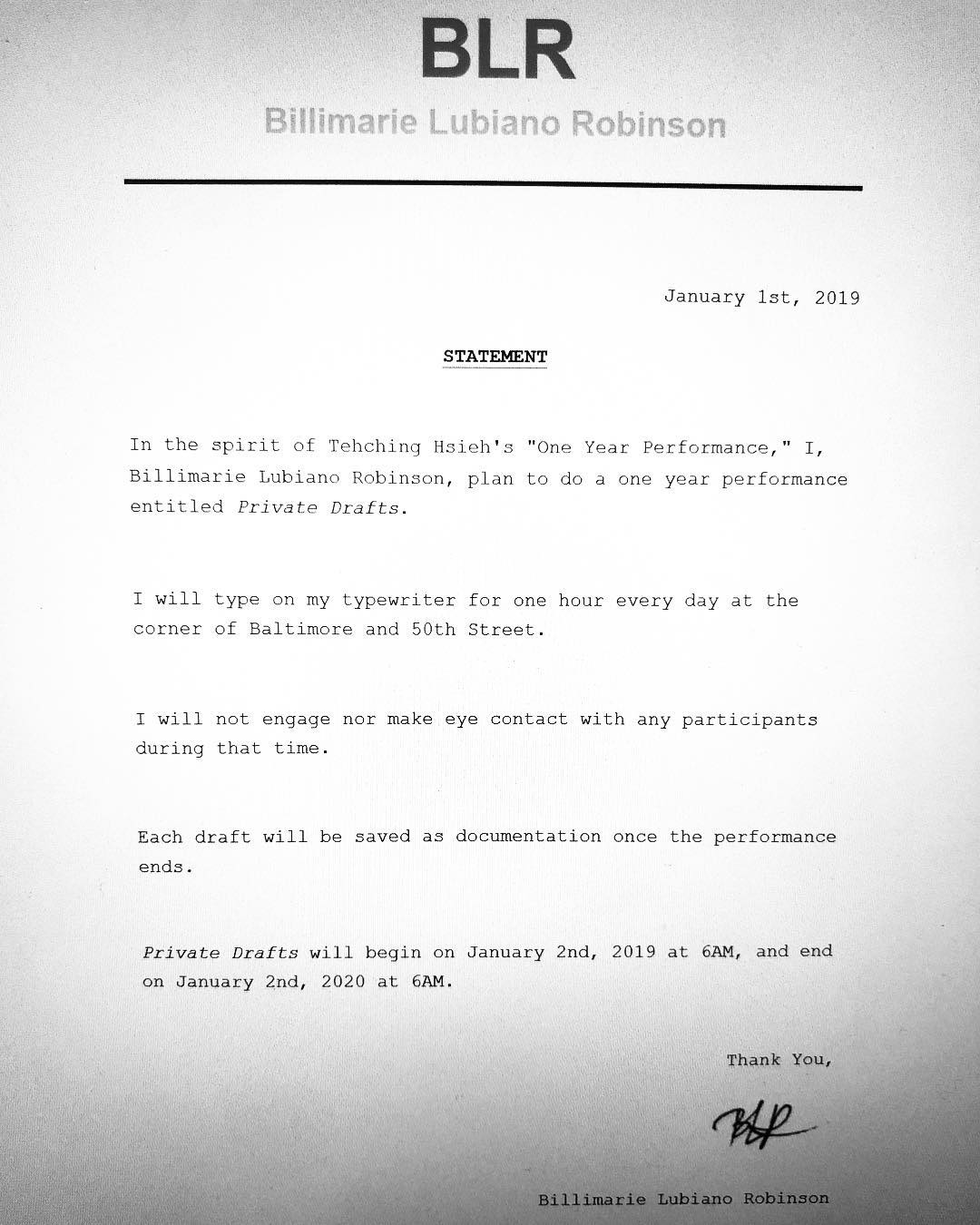 In the spirit of Tehching Hsieh’s “One Year Performance,” I, Billimarie Lubiano Robinson, plan to do a one year performance entitled “Private Drafts.” I will type on my typewriter for one hour every day at Read more…